After releasing their first single “YA I TY” in March, GRUPPA (“band” in Russian), part of Gosha Rubchinskiy’s latest art project, GR-Uniforma, are releasing their debut album this April.

IZ SKAZKI (translating as “From the Fairytale”) is available to listen and download on all digital platforms. The 10-track album was recorded from August 2018 in a home studio in the village of Podrezkovo (Moscow region) to December 2018 at the Dean Street studios in London.

GRUPPA was created after Stepan Yasinsky & Nikita Bobkov, both aspiring musicians who met modelling at Gosha’s last show in Yekaterinburg back in January 2018, reached out to Gosha and his team to make music together.

With Gosha Rubchinskiy and Pavel Milyakov (Gosha’s long-time collaborator & musician) as co-producers, this turned into a concrete project, encompassing more than just the music. It is a multidisciplinary art project including a photography book, short films, and a clothing collection which is launching its 2nd drop on Saturday April 20th.

All the music was made by 5 people (Gosha Rubchinskiy, Pavel Milyakov, Valentin Fufaev, Stepan Yasinsky & Nikita Bobkov), with Stepan and Nikita as the faces and voices of the band. 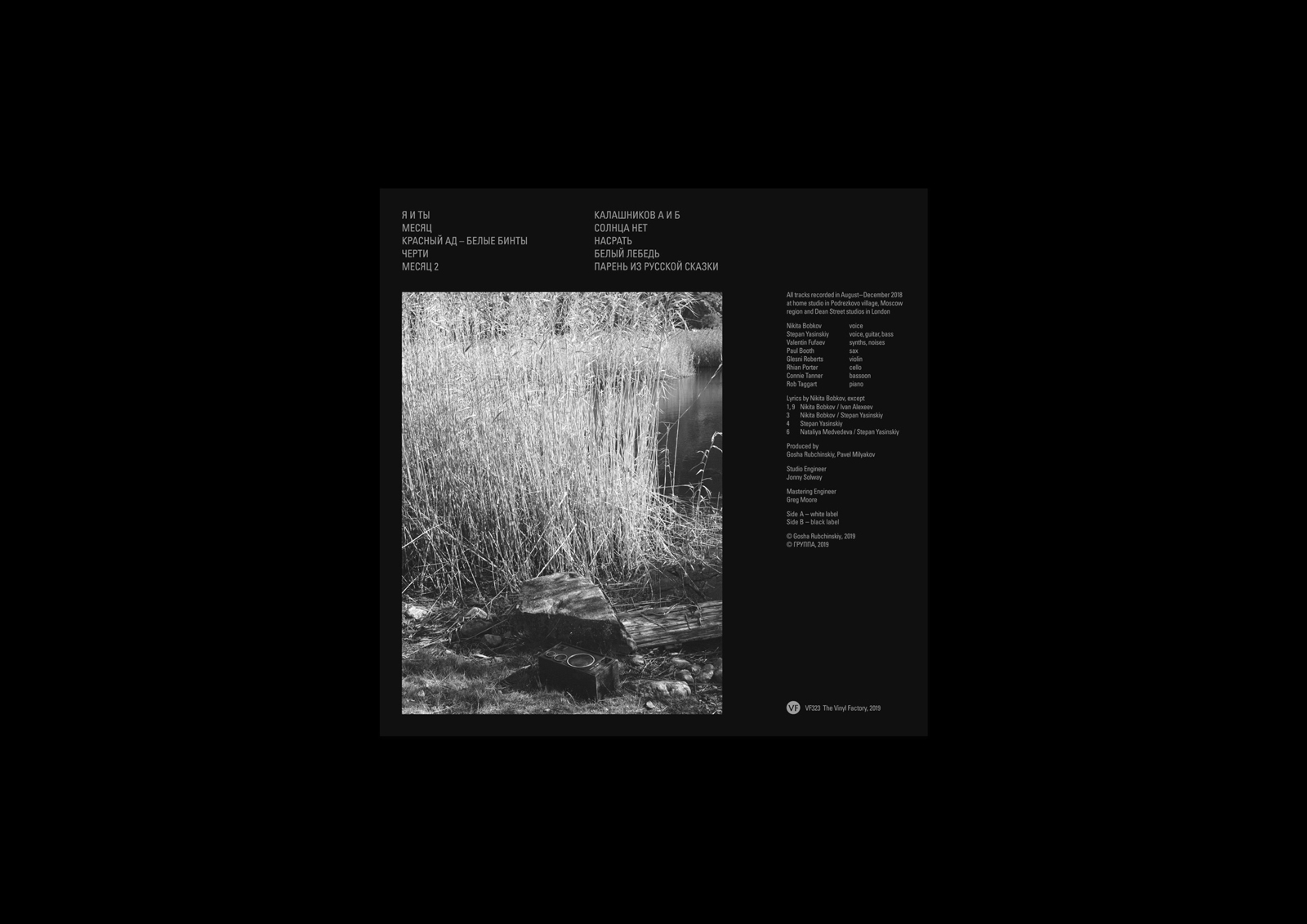 In October, the band travelled to Georgia to shoot all the visuals for the book, as well as some of the album’s music videos, including single “YA I TY” and upcoming release “SOLNCA NET”. All was shot in an abandoned electrical factory in Tbilisi, in the surrounding mountains of Kazbegi, and a Stalin-era resort in Tskaltubo. For Gosha, Georgia is a place with very special energy, beautiful landscapes and a surreal atmosphere.

A vinyl record of the album will also be available in the coming weeks.

KALASHNIKOV A I B

SOLNCA NET (There is No Sun)